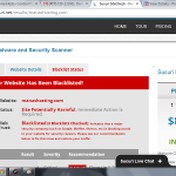 It had been a few tough days for me last week. Things had been on the rough side most of the time and the credit for that would definitely go to my domain and hosting provider: Manashosting: Feel the reality of Hosting. (Truly they made me ‘feel’ the reality !) This ordeal isn’t something that started in the recent past, it dates to the year 2007. This post has been issued in Public Awareness and Interest.

Well, as a part of the Web Designing and Hosting Club – a vocational club – at my school – New Era High School, Panchgani, we were supposed to build a website and host it too. It was a dream come true to have my own website. This was the time Atulmaharaj.com was born and this was purchased from Manashosting. At that time we were kids so were not aware of what all is happening in the backdrop as long as our websites were functioning. Soon, I completed my schooling and moved out of the school. It was time for me to face some highly unethical people for few years from then.

So for all those planning to do *business* with Manashosting, take some time off and go through this:

After all this ordeal, I finally decided to shift my domain to Big Rock. I guess you don’t want to know WHY ? These Manashosting people are not even aware of anything. I inquired how much time it will take (meanwhile the domain had already been transferred) they ask me for payment proof, id proof and EPP code ! I won’t miss a chance to praise BigRock for their smooth service and great customer service !!

So, I guess I summed it up pretty short. Please don’t fall prey to Manashosting. But If you want to go on a roller coaster ride, then you must definitely try them ! They are no less than a group of unprofessional and unethical group of people. I just got my domain name transferred and had a huge sigh of relief. Was scared if these guys would never release my domain name ! So Now that I’m free from using their services, I decided to let the world know about Manashosting  – feel the reality of hosting.

A seasoned blogger and a content marketer for close to a decade now. I write about Food, Technology, Lifestyle, Travel, and Finance related posts. Blogging brings me joy and the best part is I get to read and e-meet so many amazing bloggers! PS: I'm also the founder for Socialmaharaj.com :) Favorite Quote: "Traveling is like reading a book, one who hasn't traveled, hasn't turned a page.
@atulmaharaj
Previous Android 4.4.3 OTA Update available in India
Next Complete Guide to Domain Name Transfer