Where’s my Telephone ? Impact of VOIP

Years ago my relatives would tell me about how they used to book a trunk call in the telephone exchange to call a number and at that time a telephone was a luxury and only a few people had it. With the technology becoming cheaper, we got telephones in every household. The phones at that time had those rotatory dialers (I got a chance to use it, wonder how many of you have used it) which were succeeded by the dial pad phones and eventually leading to the cordless phones. Technology has been evolving at such a great pace that today every person has a mobile so that they can connect with their loved ones from wherever they want. With the impact of Internet boom, we had VOIP – Voice over Internet Protocol – emerging as a standard way of business communication. However with the internet becoming accessible to almost everyone, VoIP is used by everyone now a days. So here I’ll discuss about the impact of VoIP and how we say “Where’s my Telephone ?”

Internet becoming cheaper and Smart phones becoming smarter, every person is now able to use VoIP which was earlier used only for corporate communication. With VoIP you have the ability to call from a PC to PC, PC to Phone. Thanks to the numerous free VoIP services we have today that anyone hardly uses the Telephone. I wonder how many actually have telephone, because I don’t. It’s just about smart phones. Apps like Skype pioneered in the VoIP arena. The app is an old player in this field. It was a premium service few years ago and now it has become a common world in every household. Impact of globalization was such that people were getting jobs outside their own country and talking to their families back home was costly, there stepped in VoIP.

Today with apps like WhatsApp, Facebook, Viber providing free voice calling facility, people are using them more than the traditional way of calling. Many of them who have WiFi at home or offices, make the most of it by using these apps to make free calls. The voice quality has improved over the years and it’s just like talking normally as you would to on a legacy telephone. With the impact of Internet and VoIP, calls are virtually free since the amount spent on the data used in a VOIP call is way less than the amount one would have to pay while calling from the legacy telephone.

However, just like every service has its pros and cons, VOIP has its own share of problems. With internet being a necessity for VOIP, you cannot make a call if you don’t have internet access. While on a traditional telephone you were able to make calls even when electricity was not there ! Another problem with this is that the person you are calling must also have the VOIP facility.

Well, how many of you actually use a telephone with the emergence of free-calling VOIP services and what impact did these services have on your telephone usage pattern. Do you use the telephone still ? Let us know what you feel about this write-up in the comments section.

Maintaining the blog for the past 6 years, I'm a Foodie, Techie, Cricket Enthu, Traveler, Blogger and a Cook ! You'll find posts within a wide range of topics from food to technology. Favorite Quote: "Traveling is like reading a book, one who hasn't traveled, hasn't turned a page.
@atulmaharaj
Previous Let the fantastico artist within you break free
Next User Manual: Why you should read it ? 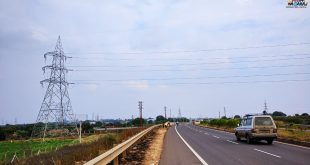