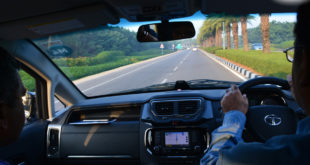 The current scenario for nursery admissions is very similar to a points table of a sports league ! Not aware of this thing ? Well, there is point system introduced for admissions in nursery.

As it is there is a lot of commotion going on for nursery admission and on top of it there’s this new points system ! Getting admission in nursery is far more tougher than getting into IIT, AIIMS or NLUs. Bechara, that tiny tot has no clue as to what all is being done just to educate him/her ! While the govt is busy chanting “Ho raha Bharat nirmaan, ho raha Bharat nirmaan..!” this admission trouble certainly raises a question “Kahan ho raha hai Bharat ka nirmaan ??“

With so many road-blocks in the way to nursery admission, how could a child be educated ? Parents queue up outside the school one night before, just to get the admission form. And even after submitting the form, their child’s admission is not guaranteed. The school apparently release lists of students who are admitted. (All those in colleges now would have faced this. All the first list, second list and so on..)

The Honorable High court devised a point system to make sure that everyone gets a fair chance of being educated and not that only the rich get into the school. Said that it would allow education to all under the Right to Education Act. But will this actually do any good ? I am certainly not in favour of this. Its like, if I have two girls, then I get more points than someone who has one boy child and or if my parents are alumni then I get a point. And on the basis of these points, the future of the child will be decided.

My parents took a lot of trouble in getting me educated and making me what I am today. But looking at how things are today, I won’t be surprised if – for admission of my children – I had to do 10 times more work than what my parents did to educate me. And I would be much relieved if my child got admission in nursery rather than his admission in graduate course !

A seasoned blogger and a content marketer for close to a decade now. I write about Food, Technology, Lifestyle, Travel, and Finance related posts. Blogging brings me joy and the best part is I get to read and e-meet so many amazing bloggers! PS: I'm also the founder for Socialmaharaj.com :) Favorite Quote: "Traveling is like reading a book, one who hasn't traveled, hasn't turned a page.
@atulmaharaj
Previous Discover India – Diu
Next Google celebrates Copernicus' Birthday Some of the Best Apps for SBI Clerk Exam Preparation