2013 has arrived ! While the government officials are tangled in modifying the Rape Laws, naming the law after the 23-year old girl who lost her life, setting up new fast-track courts etc., similar horrendous crimes against women are on the rise.

Many incidents of rape have been reported from various parts of the country after the horrific gang-rape in Delhi and even then the government hasn’t learnt a lesson. Girls as young as 4 years are being raped. Many victims have been burnt, stabbed by the culprits and no action has been taken yet against them(except for arresting them. Well, I don’t think the punishment should stop here !!)

Meanwhile the Delhi chief is busy shaking a leg with Honey Singh, the crimes haven’t stopped in the capital yet. I guess she’s least bothered that her state is now rather fulfilling the title – RAPE CAPITAL !

Why doesn’t the government understand that simply setting up 24 hours phone-lines to patrolling won’t do any good ??!!! There has to be some strict action needs to be implemented FAST !!!

I have no clue what’s happening within the close doors of the parliament. Why no action is being taken against these devils !! Let’s hope ( have tried protesting, candle march etc but nothing has happened hence we can only hope !!) that such things don’t happen in future !!

A seasoned blogger and a content marketer for close to a decade now. I write about Food, Technology, Lifestyle, Travel, and Finance related posts. Blogging brings me joy and the best part is I get to read and e-meet so many amazing bloggers! PS: I'm also the founder for Socialmaharaj.com :) Favorite Quote: "Traveling is like reading a book, one who hasn't traveled, hasn't turned a page.
@atulmaharaj
Previous New Year Expectations.
Next Team India's same habit continues. 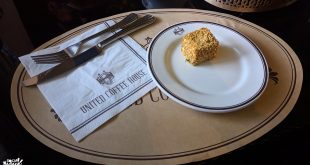