10 Best Vegetarian Food in Lucknow You MUST Try

A seasoned blogger and a content marketer for close to a decade now. I write about Food, Technology, Lifestyle, Travel, and Finance related posts. Blogging brings me joy and the best part is I get to read and e-meet so many amazing bloggers! PS: I'm also the founder for Socialmaharaj.com :) Favorite Quote: "Traveling is like reading a book, one who hasn't traveled, hasn't turned a page.
@atulmaharaj
Previous My Friend is an ‘Origamist’
Next Happy Ganesh Chaturthi from Hyderabad ! 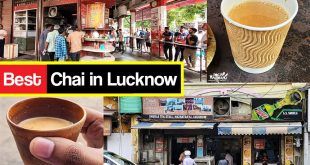 Most mornings in the city of Bengaluru, you’ll find people from walks of life relishing …