Going to school was probably one of the most difficult task during the childhood days. The autow-waale bhaiya would be waiting at the gate honking, your mother would be running around with your tiffin box and bag and you would be thinking what excuse to make so that I don’t have to go to school ! After a lot of thought, you finally come up with the most (in)effective excuse – stomach ache. For once it would have worked, but not always. This was one of the two most toughest tasks for parents. The second one was making you finish your meal. For me paalak and lauki (bottlegourd) were like end of the world. The moment I used to see these on the table, I could see the world finish right in front of my eyes. But just like our parents sent us to school, they always had some plans to make us finish our meal too !

Not only our parents, but the schools too did their best. Teachers would ensure you finish your tiffin and don’t waste food and so on. This was not limited only to the teachers but also the books, yes the books ! A fair bit of my schooling was in Gujarat where I had to study both Hindi and Gujarati. Hindi was comparatively easier while Gujarati used to get tough at times. It’s very difficult to recollect what you had studied in school, but there would be that one story, or that one poem which you remember even today. And just like that, there’s this poem which I literally remember word by word, stanza by stanza.

The poem is titled Aloo Bola – heard it before ? It was a pretty common poem, but I enjoyed it because it spoke about food and vegetables and it had a good impact on my eating habits, seriously. In class 2 when Aloo tells you something, you have to obey it !So this amazing poem goes something like this:

This was one of best ways to make sure a kid would finish his meal, at least I used to. The day I was taught this poem, I was reciting it continuously and enjoyed it way too much. The poem is so real, I mean vegetables telling you to eat them and the benefits you would get by eating them. For a young child, this was real. Apart from this poem, there was a good advertisement on eggs – “Sunday ho ya Monday roz khao Ande”, this too became very popular probably because Sachin, Agarkar and other cricketers were a part of it.

Today we might laugh after reading this poem, but for the innocent child it had a huge impact on his eating habits because Aloo Bola…!

A seasoned blogger and a content marketer for close to a decade now. I write about Food, Technology, Lifestyle, Travel, and Finance related posts. Blogging brings me joy and the best part is I get to read and e-meet so many amazing bloggers! PS: I'm also the founder for Socialmaharaj.com :) Favorite Quote: "Traveling is like reading a book, one who hasn't traveled, hasn't turned a page.
@atulmaharaj
Previous The Peppy Idli Guy
Next Impact of learning new Languages 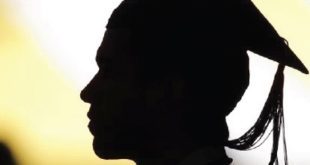