Rarely you get to see the Indian batting fail miserably and unfortunately today was that day – India vs New Zealand – the opening game of the World T20 when most of us were quite sure that India would win today especially with just 127 to win. The pitch at Nagpur has always been a spinner friendly wicket as we saw in the recently concluded test series against South Africa when Nagpur was even pulled up by ICC for a sub standard pitch ! And today’s pitch was no different. The not-so-important toss was won by Kane Williamson who decided to bat first and throw a challenge to India. Dhoni however was neither happy nor sad with bowling first. Further as expected Dhoni went in with the same team from the Asia Cup Final. And I’m quite sure he’ll continue with his team until unless something goes horribly wrong.

The match started in the perfect way the kiwis would have liked, a six off the first ball of the match from Ashwin, not very often you get to see that ! But the next ball Ashwin got the better of Guptill who was adjudged LBW. Soon we had Nehraji coming in for the second over and getting Moreno caught at mid off. This was just after an exchange of words between the two – well now you know never stare at a Delhite 😉 What followed was a very disciplined bowling by the Indians as Dhoni successfully shuffled between the bowlers. It was not surprising to see Dhoni finish Ashwin’s quota much before the 10 over mark as there was turn in the wicket. Raina chipped in with a great ball to get Williamson stumped and followed with a great run out off his own bowling. But the star of the innings had to by our own Malinga – Jasprit Bumrah. The guy bowled exceptionally well and showed just why he’s one of the best bowlers India has currently. Mixed up the pace and length greatly to deceive the batsmen. The best however was Corey Anderson’s wicket – a perfect Yorker, uprooting the middle stump as Anderson tried to scoop the ball over fine leg. Indians were great in the field too, had missed few very close run out calls and even Alan Wilkins described the offside field as a “Ring of steel” with guys like Raina, Jadeja, Kohli, Dhawan safeguarding the off side field. So with some brilliant fielding and bowling effort, India restricted New Zealand for 126/7.

It was India’s turn to chase the kiwi total now, just when the score looked easy to achieve, but it was a disastrous start as India lost Dhawan, Rohit Sharma and Raina well within the first 3 overs courtesy poor judgement of the ball. Not what anyone would have thought. Now even 126 looked 186. A great start by the kiwis, especially the youngster Santner who got rid of Sharma and Raina. Further with New Zealand having won all the 4 T20 matches they played against India, none of us wanted it to be 0-5 ! With the top 4 back in the hut within the first power play, it was all upon the Dhoni-Kohli duo to take India home. But with the wicket turning it was getting tougher and tougher for India as wickets tumbled, run rate soared and pressure mounted. Even Dhoni – the Fantastico Finisher couldn’t help India win tonight’s match 🙁

The match was well within India’s reach for the larger part of the match. Many incidents like Guptill and Moreno’ wicket, Raina’s run out of Taylor etc. But the turning point during New Zealand’s innings was Corey Anderson’s wicket. This because we all know what that man is capable of doing. He was already settled having scored 38 runs and was looking to score big hadn’t Bumrah got his wicket. If Anderson had batted on, the score could have been well past 150.

Nothing went quite right for India in the second innings and the turning point here was Sodhi’s bowling spell that helped the Kiwis get rid of Kohli,Jadeja and Ashwin. Things never looked good for India as wickets tumbled at regular interval. However we wanted the Kohli and Dhoni duo to help us out, but alas that didn’t work tonight. So in the end New Zealand’s decision to go in with three spinner did the trick !

Well, poor shot selection and some good spin bowling by the kiwis, ensured that India never had the grip on the game. The match clearly had two distinct halves – first innings belonged to India and the second to New Zealand who eventually won the match. Nonetheless ending this post on an optimistic note – India has generally lost the first match of every series and eventually won it.  Their loss against Sri Lanka at Pune triggered a series of wins eventually leading India to win all the T20 matches till today. So With India vs Pakistan to follow, let’s hope India maintains the record of never letting Pakistan win ! Keep calm and watch India vs Pakistan.

Maintaining the blog for the past 6 years, I'm a Foodie, Techie, Cricket Enthu, Traveler, Blogger and a Cook ! You'll find posts within a wide range of topics from food to technology. Favorite Quote: "Traveling is like reading a book, one who hasn't traveled, hasn't turned a page.
@atulmaharaj
Previous Preview: India vs New Zealand #WorldT20
Next Preview: India vs Pakistan – Mother of all battles #WT20 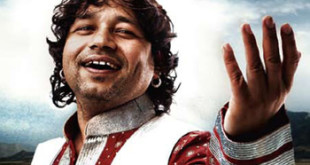