Mahendra Singh Dhoni aka Mahi is one of the most flamboyant cricketer in the current era. His ‘captain-cool’ image has taken team India to great heights. For the very same reason, he is also the king of the advertising world. He endorses virtually every product available, from ceiling fan to bikes and what not, this is what that makes him a great ‘entity’ to promote the product.

A couple of months back, MSD inked a new sponsorship deal for his bat. Spartan Sports (the company whose bat is used by the mighty Chris Gayle) and Amity University. This deal will fetch MSD a whopping 25 Crores per year. With this deal, both Spartan and Amity will have their logos displayed on MSD blade.

Spartan Sports has been a well known company in the cricketing world. Amity University has always promoted sports and also sponsors Delhi Daredevils and Rajasthan Royals, two of the most eminent IPL teams.

I just saw the logo of my university on MSD’s bat and was surprised. Googled and came to know the reason behind this. For a Cricket fanatic like me, studying at Amity – which promotes Cricket – is a great feeling ! Hope MSD scores high and takes India and Amity to greater heights !

A seasoned blogger and a content marketer for close to a decade now. I write about Food, Technology, Lifestyle, Travel, and Finance related posts. Blogging brings me joy and the best part is I get to read and e-meet so many amazing bloggers! PS: I'm also the founder for Socialmaharaj.com :) Favorite Quote: "Traveling is like reading a book, one who hasn't traveled, hasn't turned a page.
@atulmaharaj
Previous Rooting Micromax A25
Next Blackcaps deserved the victory 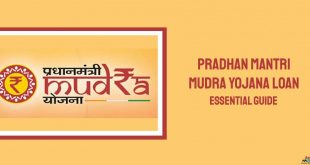 Economic reforms are important for the growth of any country. While most of us (the …