Rail Budget 2016: New schemes,better services but will it be effective ? 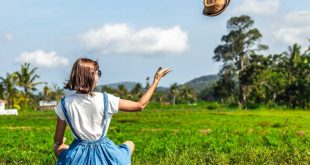 We all have traveled by train at some point in our lives. Some of you might have had a great experience while others might not have had a great time. Your traveling experience largely depends on various factors including cleanliness, food and safety to name a few. Usually the services at the station or a train traveling to a Tier 1 city are better when compared to that of smaller towns and cities. The government has tried their level best to curb these issues and make your travel smoother and enjoyable. Every Rail Budget, the government has time and again “announced” admirable schemes to improve the railways. If you notice in the last line I’ve marked announced in italic, because the government is great at announcing and not implementing. This year’s Rail Budget was announced a while ago by Suresh Prabu. The Rail Budget “promised” some great schemes like Clean my Coach, Saarthi seva, but will it be effective ?

SMS based “Clean My Coach” service

One of the biggest concerns in Indian Railways is the cleanliness. Be it the train or the platform, most of them prefer not to use it until unless absolutely necessary. Well, we ourselves are partially responsible for this. Many people litter in the train, leave the washroom in a state which no one else can use and so on. Continuing on the lines of the Swachh Bharat [Read: Impact of Swachch Vidyalaya] program, the Rail Budget comes up with a “Clean my Coach” service. This service will be a SMS based service where in the user can send SMS to a designated number and have the cleaners clean the coach at a predefined station. The same service is available via a mobile app. Well, the service seems great. But I wonder will that be ever implemented properly. With a large work force required for the task and coordination, I doubt that this plan will also fail like hundreds did earlier.

Further, I often choose to travel with the minimum luggage as possible to make life easy for myself. But when I board the train, I see huge bags, it’s like they are traveling to a foreign country. One person has 2-3 bags and create problem for others. Among these huge bags we often forget the small but helpful people dressed in Red helping us get on to the train. Yes I’m talking about the Coolies. And from now these Coolies will be called ‘Sahayaks‘ after the Railway Minister announced this during the Rail budget earlier today. These “Sahayaks” will also be trained on “soft-skills” which definitely is necessary considering how arrogant most of them are. But mere renaming them from Coolie to Sahayak and training them in Soft Skills do any good ? I leave the answer up to you.

In addition to this, the Rail Budget also saw a separate menu for children, expecting mothers and new-born. The Rail Ministers promised to provide hot water, milk and other items on the menu that would be suitable for them. With the Railways barely managing to keep the food eatable, I wonder whether this scheme will ever be successfully implemented. Recently I wrote about IRCTC’s Online Food ordering service. The service is great and food is better since the food is cooked by a 3rd party restaurant. Instead of this the railways could have tied up with a corporate entity having expertise in providing food and care to young mothers and kids alike.

The Rail Budget also included schemes to “modernize” the railways. Automatic Ticketing systems will be made available at stations. Recently the service to book local train and unreserved tickets using a mobile app was launched. Read here. Ultra modern trains with on-board WiFi and other facilities will be flagged off. These schemes are great to improve the condition of the railways and ensure that more and more people opt to travel in trains. But the problem lies in the fact that the railways is always planning to come up with new schemes without paying attention to the existing condition of the railways. I feel, instead of announcing 50 new schemes, they could come up with lesser new schemes with more focus on improving the current condition. Would love to hear what you have to say on this !

Rail Budget 2016 didn’t see much. No hike in Fare – well why would they need to hike the fare when they’ve already hiked it a couple of times earlier. The tatkaal fees have been rising like Petrol prices. One thing that our government is good at is making promises and announcing schemes. The government till now would have announced thousands of schemes but how many are actually implemented properly ? On the same lines I wonder whether some of these “promised” services in the Rail Budget will ever be implemented correctly and how effective they would be.

Maintaining the blog for the past 6 years, I'm a Foodie, Techie, Cricket Enthu, Traveler, Blogger and a Cook ! You'll find posts within a wide range of topics from food to technology. Favorite Quote: "Traveling is like reading a book, one who hasn't traveled, hasn't turned a page.
@atulmaharaj
Previous All you need to know about the 520 rule
Next Here’s why you should start using Plastic Money, if you don’t already