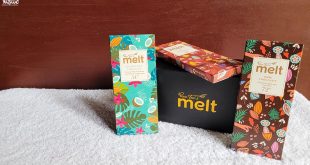 Driving in my Volkswagen Beetle, exploring the streets of Chicago, was how I spent my childhood. Switched between the Mustang, Ford F350 and a city bus, I explored the city in all ways possible. Thanks to Midtown Madness, I was able to drive in Chicago from my house in Maninagar, Ahmedabad. Midtown Madness was the first game I played on my PC way back in 2000s. The PC came home with much fanfare, 1.6Ghz processor, 40GB HDD and yes, the dial-up internet ! The gaming bug had already bitten me. Since then I’ve played a lot of games including Far Cry series, Price of Persia, Need For Speed, Ashes etc.

I ordered the wireless gamepad from Amazon and it arrived the next day. The box quite big, not something that I expected. Inside the box is a plastic tray which houses the Redgear Pro Wireless Gamepad. The box itself isn’t very premium but enough to protect the gamepad. The box contains the Redgear Pro Wireless gamepad, a charging cable, two dongels, some documentation and a driver CD. Most of the computers today would not require the CD to install the gamepad. The wireless gamepad is already charged so you can just plug and play.

The Redgear Pro Wireless gamepad is a sturdy gamepad. I’ve used a wired one by Enter earlier, but this is much better. The rubberized finish to the sides of the gamepad give a good grip in hand. The joysticks and dpad are placed at perfect positions. The joysticks are smooth and quite sensitive. The LS,RS,RT,LT buttons are placed at right position and do the job well. The standard buttons are quite clicky, and have a good tactile feedback.

One of the highlights of this wireless gamepad is that it is back-lit so the main buttons light up. However I haven’t been able to find the switch to turn it off yet. If you know, do mention in the comments below. Further, the Redgear Pro Wireless Gampead comes charged out of the box. Press the start button to turn it on. Plug the USB receiver in your system and the gamepad will automatically detect it. To turn it off, press the home and ‘B’ button for 5 secs till the lights turn off. Overall, a very good and sturdy gamepad.

Coming to the most important part – the gaming performance of the Redgear Pro Wireless Gamepad, it’s pretty good. I’ve played a couple of games on my system – Far Cry 5 and Forza Horizon 3. Far Cry 5 is one my favorite titles and I love playing it. There’s absolutely zero lag in inputs and the vibration feedback is pretty good too. The tactile feedback of the buttons and the combo are well done.Even with Forza Horizon 3, the joystick are smooth and maneuvering the car is easy. The LT,RT buttons are perfect for changing the gears.

The battery life on this gamepad is pretty good too. Company claims about 10 hours on single charge. I’d say it does reach that mark and gives a good performance. The LED indicators on the controller show the battery level. Also the back-lit gamepad buttons are quite helpful and add to the overall looks.

Having used it for few weeks now, I can say that Redgear Pro Wireless Gamepad is a very good Budget Wireless Gamepad. Priced at about Rs 1200, this is a good deal. IF you place games often, this is surely a good choice. You can also connect it with your Android phone and play games like PUBG and Asphalt.As for cons, I don’t actually have anything to say apart from the fact that it doesn’t use Bluetooth and requires the connector provided with it. That uses up another USB slot. Having said that, Redgear Pro Wireless gamepad is a great choice for casual gamers. What do you say ? If you’re already playing with it, how’s your feedback ? Mention in the comments below or tweet to me at @Atulmaharaj

A seasoned blogger and a content marketer for close to a decade now. I write about Food, Technology, Lifestyle, Travel, and Finance related posts. Blogging brings me joy and the best part is I get to read and e-meet so many amazing bloggers! PS: I'm also the founder for Socialmaharaj.com :) Favorite Quote: "Traveling is like reading a book, one who hasn't traveled, hasn't turned a page.
@atulmaharaj
Previous Buffet at Chill Restaurant & Terrace, Radisson Blu, Banjara Hills – Review
Next Garhwal Food Festival at Feast, Sheraton Hyderabad – Buffet Review