This is possibly the youngest lot that India are sending in for the World Cup. Only a handful of players have played at this tournament earlier. One of them being Thala – MS Dhoni – who will be the guiding light for the team. Kohli and his men have been pretty good off late. The opening pair might still be the concern, and a whole lot of batting would revolve around Kohli. We do have a good lot of genuine all rounders who can bat and bowl well with the likes of Hardik, Kedar, Jadeja and Vijay Shankar. Coming to the bowling attack, this team has one of the finest seamers in Shami, Bhuvi and Bumrah. With Chahal and Kuldeep, the bowling attack looks in good shape. Overall, a balanced side with minor glitches at the top. Can Kohli and team return the favor to MSD ?

With the return of Warner and Smith, the Australian team is back in shape. Their absence was felt in their past few games. They do have match winners in Maxwell and Stoinis and they can take the game away at any point. The bowling is quick with Cummins and Starc. Lyon and Zampa can be good options for the skipper. They are coming in the ICC World Cup 2019 with a great series against Pakistan and India. Can Finch lift the World Cup for Australia this time ?

For a team that has never won a world cup, this one seems to be the perfect chance for them. They are coming in with a good series against Pakistan and have a good form. We all know the damage Root and Morgan can do to any opposition. Moeen Ali, Ben Stokes and Curran can be game changers at any point in the game. The bowling department with Rashid Ali, Plunkett does look a little dicey but the all rounders can fill the gaps. In the end, it’s a good time for England to lift the cup, can Morgan lift the cup ?

The one team that has been in the top four from the time I’ve been following cricket. Their skipper Williamson has got immense exposure to the game and understands the conditions well. Guptill and Taylor have been in decent form. All rounders Munro, Neesham and Santner have been on and off, but can be lethal on their day. With Southee, Boult and Ferguson, the bowling attack is one of the best in the business at the moment. They too are coming in after a good series against Bangladesh. Can Williamson lift the world cup for New Zealand ?

Those were my final four prediction for the ICC World Cup 2019. Pakistan could be the 5th team I’d choose. Though their first game against Afghanistan wasn’t a good one. Which team can win the world cup is tough. My heart wants India to win. Who do you think will lift the world cup ? Mention in the comments below or tweet to me at @Atulmaharaj

A seasoned blogger and a content marketer for close to a decade now. I write about Food, Technology, Lifestyle, Travel, and Finance related posts. Blogging brings me joy and the best part is I get to read and e-meet so many amazing bloggers! PS: I'm also the founder for Socialmaharaj.com :) Favorite Quote: "Traveling is like reading a book, one who hasn't traveled, hasn't turned a page.
@atulmaharaj
Previous From Jerseys to Cricket Shoes: The Ultimate Cricket Fan Kit
Next Say Hi to weekend with food and drinks at Hay Begumpet – Review 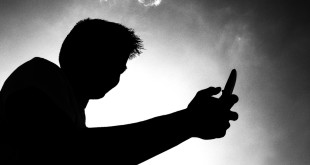 I guess I’m old enough to say “Humare zamane mein….” (During our times) we used …