Putting Mandawa on the World Map

The next time you watch a movie where you are taken to a small town in Pakistan, don’t get carried away by the director who has made ‘this’ town a make-believe town of Pakistan. This might well be “Mandawa” – a small town about 200kms from the capital city of Jaipur, Rajasthan.

Mandawa is a very small town with a population of about 20,000. This town is famous for its picturesque Havelis. Recently Mandawa was portrayed as a small Pakistani town in the blockbuster movie – Bajrangi Bhaijaan. Director Kabir Khan, turned this town into a realistic Pakistani town as seen in the movie. It was here were Salman Khan got shelter in a Madarsa which was headed by Om Puri in the movie. Well, not many would have realized that the Pakistani town was actually in India !

Prior to this the Bollywood’s 600Cr blockbuster movie – PK directed by Rajkumar Hirani, too was shot here. It was this town where Aamir Khan’s space ship landed and where he had his first interaction with humans. It was in this town where he met Sanjay Dutt and the famous song Tharki Chokro, sung by the Indian Idol singer Swaroop Khan was shot.

Rajasthan has been a one stop destination for a lot of Bollywood and Hollywood movies. The culture of the place coupled with the deserts and a dwelling sun makes a picture perfect moment. But this time around its Mandawa that is in the news for all the right reason, after all it boasts of being a town where two of the recent movies Bajrangi Bhaijaan and PK were shot and both these movies together have done a business of about 750 Cr world wide ! Do share your thoughts in the comments below or tweet to me at @Atulmaharaj.

A seasoned blogger and a content marketer for close to a decade now. I write about Food, Technology, Lifestyle, Travel, and Finance related posts. Blogging brings me joy and the best part is I get to read and e-meet so many amazing bloggers! PS: I'm also the founder for Socialmaharaj.com :) Favorite Quote: "Traveling is like reading a book, one who hasn't traveled, hasn't turned a page.
@atulmaharaj
Previous One year in Hyderabad
Next Unleashing the Vengeance Power 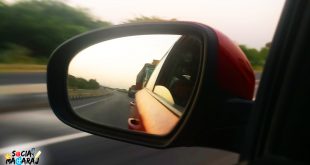