Yaay !! India won last night’s match handsomely. But the match swung like a pendulum the whole time, sometime it felt like the Proteas would take the game away easily from the Indians while sometime it was like, no it’s India who will win ! As far as the team was concerned, Ishant Sharma & Rohit Sharma both didn’t feature in the playing XI. Let’s now discuss about the 2nd Group b Match = Pakistan vs West Indies. The team comparison goes here :

Pakistan: One of the most feared bowling attack is with the Pakistanis. Seems like the country is brewing only seam bowlers ! Every new guy in the team is a pacer and has the ability to clock 140+. Junaid Khan, Asad Ali and Mohammed Irfan have all that is required to win a match for Pakistan. As far as the spin department is concerned, it is headed by Saeed Ajmal and supported by Shoaid Malik, Mohammed Hafeez. Their batting too looks strong with Naseer Jamshed, Mohammed Hafeez, Kamran Akmal. So the team look well balanced and has the firepower required to win the match.

West Indies: People renamed the Indian Premier League to West-Indian Premier League ! It were the Caribbeans who made the IPL scintillating ! With the likes of Chris Gayle, Darren Sammy, Keiron Pollard, Sunil Narine, this Windies team look great on paper as well as on the field. They have the batting powerhouse who can single handedly take the game away from the opposition. While bowlers who can ensure that any target set by the team is not easily achieved by the opposition.

So will the batting powerhouse of West Indies demolish the Pakistani Bowling attack ? OR will it the mighty West Indians who have to bow down to the Pakistanis ?? For this question to be answered, watch the Live action unfold on Star Cricket from 13:30 hrs(IST)

A seasoned blogger and a content marketer for close to a decade now. I write about Food, Technology, Lifestyle, Travel, and Finance related posts. Blogging brings me joy and the best part is I get to read and e-meet so many amazing bloggers! PS: I'm also the founder for Socialmaharaj.com :) Favorite Quote: "Traveling is like reading a book, one who hasn't traveled, hasn't turned a page.
@atulmaharaj
Previous ICC CHAMPIONS TROPHY – India vs South Africa Preview
Next Flipkart not to deliver 10k+ items in UP 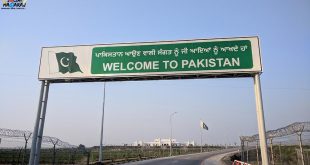 (Long Post Alert!) The morning of February 7 was exciting, in fact I didn’t sleep …