Sony has finally unveiled the latest entrant to their famous Playstation series – Playstation 4. The code name given to this was – ORBIS, the company launched under the brand name Playstation that it had managed to achieve. Though the physical device hasn’t been shown yet.

I’ll focus more on the hardware specification of the console. After going through the specs, I certainly asked myself – “Is this a gaming PC or a console ??” The specification are as follows:

These specifications aren’t less than that of a full fledged gaming PC. With  such specification, games would run sublime along with great, detailed graphics.

Even their famous DualShock controller received some upgrades. The select and start buttons have been combined. The motion sensor has been improved. The controller now comes with an LED in the front that will be of the same colour as your in-game character and will change according to the gameplay.

Microsoft would have certainly watched this event closely. Their scientists will be in full swing to deliver a much better device than the Playstation 4. The gaming console sphere has certainly been intensified with the PS4. Many developers will now be moving on to develop games for the PS4.

When I was in my class 6, I wanted a Playstation and remember getting a PS1, (PS2 was just hit the stores then, and was way too costly for a casual gamer like me) From a mere 33.8 Mhz CPU to a 8 core CPU in just 8 years is an amazing leap ! I am now planning to auction my PS1 as an antique and hoping some billionaire buys it ! 😛 😉

A seasoned blogger and a content marketer for close to a decade now. I write about Food, Technology, Lifestyle, Travel, and Finance related posts. Blogging brings me joy and the best part is I get to read and e-meet so many amazing bloggers! PS: I'm also the founder for Socialmaharaj.com :) Favorite Quote: "Traveling is like reading a book, one who hasn't traveled, hasn't turned a page.
@atulmaharaj
Previous Asli test ab shuru hoga
Next Engineer giving talk on Biryani ! 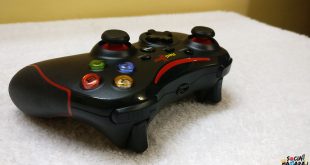 Driving in my Volkswagen Beetle, exploring the streets of Chicago, was how I spent my …