Sachin Tendulkar vents his frustration on British Airways in a series of tweets.

A couple of hours ago, the God of Cricket Sachin Tendulkar was furious with British Airways and didn’t waste time in venting his frustration on Twitter. Sachin in  series of tweets, mentioned about his family’s tickets not getting confirmed and that his baggage was tagged to another location.

And luggage being tagged by @British_Airways to wrong destination and don’t care attitude! #NeveronBA (2/2)

All was well for the Aviation Giant until it responded – well it replied with its standard tweet asking for booking reference number, full name etc.

@sachin_rt We’re sorry to hear this Sachin, could you please DM us your baggage ref, full name and address so we can look into this for you? — British Airways (@British_Airways) November 13, 2015

And then started the juggernaut, British Airways would have never thought in their dreams that what was going to follow this tweet would definitely put them on “No Fly List”. Twitteratis spent no time and pounced on to the opportunity and took a dig at the airlines. Further the presence on Narendra Modi in London, made things more ‘exciting’ since his missing luggage was quickly tagged to Modi’s visit. Even the Jammu and Kashmir Chief Minister spent not time and came out in support of Sachin with his tweets. Below are few tweets taking a dig at the airlines:

Here’s what Suhel Seth had to say to Sachin, as he was at waiting for his delayed flight:

@sachin_rt : Sachin my @British_Airways is also delayed so if I find your bags lurking here at Terminal 5, will bring them along? — SUHEL SETH (@suhelseth) November 13, 2015

Sachin bearing burden of expectations of 1.2 billion people for 24 yrs, British Airways couldn’t bear burden of his luggage for 10 hrs

And the perfect example of “It takes ages to build reputation and just a #tweet to demolish it” @British_Airways #BritishAirways @sachin_rt — Atulmaharaj (@Atulmaharaj) November 13, 2015

@sachin_rt Hi Sachin, we appreciate your understanding. We’ll do all we can to help. Let us know if you need anything. ^L — British Airways (@British_Airways) November 13, 2015

With this, we hope that things are fine for both Sachin and British Airways. But if you think, British Airways DID the RIGHT think as to what they should have, I mean asking Sachin to revert with his booking details.. but asking for his full name was the wrong decision. What do you say ?

A seasoned blogger and a content marketer for close to a decade now. I write about Food, Technology, Lifestyle, Travel, and Finance related posts. Blogging brings me joy and the best part is I get to read and e-meet so many amazing bloggers! PS: I'm also the founder for Socialmaharaj.com :) Favorite Quote: "Traveling is like reading a book, one who hasn't traveled, hasn't turned a page.
@atulmaharaj
Previous Burger King comes to Hyderabad in Style
Next Maggi Welcome Kit has arrived – #WelcomeBackMaggi 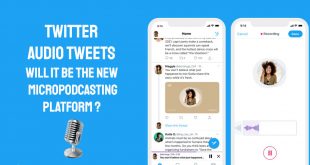 It has been more than a decade since YouTube started. It did start a revolution …