Positives from the Australian Tour

The Indian Cricket team has played some great Cricket in the past few week, from the 5th ODI to be precise and there has been no turning back since then. Winning 4 matches consecutively and leveling the tour at 4-4 isn’t a joke. And the T20 series was the prefect way to end the tour on a high. Everything clicked in the T20 series, the batting was in form, the middle order worked and most importantly the bowlers did the job and that’s the reason why India whitewashed Australia in their own backyard in 140 years – now that’s an Achievement,and Dhoni be like a Boss !

There has been a lot of positives from the Australian tour. And these positives will definitely impact the team’s performance in the upcoming series against the Sri Lankans and then during the World Cup.

Let’s see what have been the positives from the Cricket match series.

So there has been a lot of positives to be taken from the Australian tour. This will have a huge impact on the team during the upcoming tour against Sri Lanka followed by the T20 World Cup. With everything looking perfect, there’s no stopping Dhoni and Men to lift the T20 World Cup for the 2nd time !

A seasoned blogger and a content marketer for close to a decade now. I write about Food, Technology, Lifestyle, Travel, and Finance related posts. Blogging brings me joy and the best part is I get to read and e-meet so many amazing bloggers! PS: I'm also the founder for Socialmaharaj.com :) Favorite Quote: "Traveling is like reading a book, one who hasn't traveled, hasn't turned a page.
@atulmaharaj
Previous Novak ‘Fantastico’ Djokovic
Next ‘Desi’ Impact on Obama’s Computer Science for All 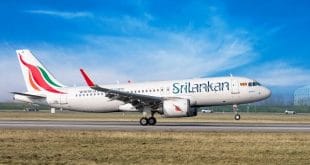 Traveling ain’t a luxury any more. With the backpacking trend picking up, people have learnt …