Off Roading with Tata Hexa

Before reading this post, I would request you to read my previous post about my Tata Hexa Experience Day 2, if you haven’t already. After having a wonderful and fun day driving the Tata Hexa, it was time for us to witness the tough, off-roading capability of the car. Tata Motors had specially designed an off road track near the hotel to show off Hexa’s off-roading capability. We earlier thought we would be given a chance to drive the car, but for our safety there were trained drivers to provide us the experience. The car we were in was the Manual version which had a few extra features that weren’t present on the ones we drove earlier in the day. The idea was to show the functioning of the traction control system, the hill descent feature, the rough road function and the suspensions. Our driver for the day was Mr. Abel (or Able, I’m sorry if I spelled it wrong) and he was amazing not only with the driving skills but also explaining every bit of the ‘stunt’ we performed.

We started with a series of off road events that displayed the phenomenal ability of the traction control system to keep check on the car. The first one was where the car had to go through massive pot holes (wouldn’t say they were potholes exactly – about a feet or 2 deep) – made strategically so that the traction system took control of the vehicle to ensure a stable ride. This was amazing, maybe because it was my first off-roading experience but the traction control ensured the car crossed the hurdles at ease, even when a wheel was in the air !

Post this, we were taken to experience the tilt where the traction control was able to hold the car in place. This was one scary ! The ability of the Tata Hexa was to handle about 21 degree of inclination however we driven to a point where the Hexa was at 23 degrees inclined as we saw the ground through one window and the sky in the opposite one. It was a thrilling experience. After this, we were shown how the traction control helped the car to drive smoothly on ice at ease as the vehicle didn’t skid off it.

Once this was done, we were driven up the hill to show off Hexa’s power under the hood that was able to climb a 65 degree hill at quick pace. Once at the top, the driver explained the ‘Hill descent Control System’ where in the computer of the car takes the control of the car when descending a hill to prevent a free fall. For this, the driver put the car in neutral, took his foot off the brakes and throttle and let the car go down hill. But the Hill Descent feature ensured it wasn’t a free fall and the car automatically applied brakes as and when required till we reached the plain. Marvelous piece of engineering indeed !

After the hill descent, we were showcased Hexa’s amazing suspension ability to absorb shocks. For this we had a special track with replicated elephant foot marks made strategically. The car was driven over it at a decent speed, but the amazing suspension of the car ensured that we didn’t jump out of our seats and rather the car absorbed the shock providing a better experience. Once the hill descent was completed, there was a demo of the “Rough Road” drive mode of Tata Hexa.

To showcase the rough road mode, the driver performed a series of Rapid acceleration and sudden braking. There were two sets of this – one without the Rough Road mode on and the other with the function on. And trust me there was a good difference that you were able to notice. Without the rough mode, when the brakes were applied, we literally hit the seat in the front – didn’t really but the seat belts saved us. With the rough mode on, the difference was visible, there was a lot less vibration and a great stability that ensured a comparatively smoother braking experience.

The Off-roading capability of the Tata Hexa is commendable. We had already seen the beast roar on the amazing roads of Hyderabad, tackle the potholes on the state highways and now the spotless off-roading capability. The all new Tata Hexa definitely packs a punch with its Exciting Exteriors, Inviting Interiors and the powerful engine below it. I felt this was a perfect car for driving in the city, on the high ways and off roading too – a perfect SUV I would say. The Tata Hexa can easily take on the trusted Toyota Innova head on – if it is priced aptly. All we (the bloggers) know is that we all are in love with the car – nothing bad about the car on a whole, but we all loved it and expect that even the masses will fall in love with this car when the bookings open in November and the delivery begins in January 2017.

A seasoned blogger and a content marketer for close to a decade now. I write about Food, Technology, Lifestyle, Travel, and Finance related posts. Blogging brings me joy and the best part is I get to read and e-meet so many amazing bloggers! PS: I'm also the founder for Socialmaharaj.com :) Favorite Quote: "Traveling is like reading a book, one who hasn't traveled, hasn't turned a page.
@atulmaharaj
Previous Tata Hexa Bloggers Day Out – Day 2
Next The ‘Hexatastic’ Tata Hexa 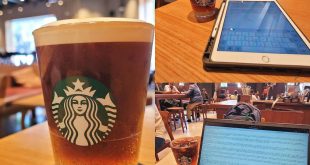