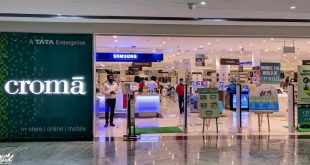 Almost 3 years ago, the BJP handsomely won the general elections in 2014 and have painted the entire country ‘gerua‘ ever since. A nation wanted change, and it opted for change. Ousting the Manmohan Singh led congress from the throne, it was BJP’s chance to cherish the moment that took more than 10 years to come. Lots of Blame Games played, scams unearthed before the BJP actually came into power. Many promises were made by the BJP back then of which some fulfilled, some yet to be. With the entire nation still in shock about the sudden note ban last night, Modi surely seems to be en-route to fulfill his promise of crediting Rs 15 lakh to every account. Well we don’t know how much the ban will help to do that, nevertheless since that was a part of their campaign I’ll patiently wait for my phone to buzz with a message “Your Account 435XXX is credited with 15,00,000 by Modi”

However in the years gone by for the Modi Government, how many times have we seen the Cabinet ministers making an appearance ? Not many time for sure. We did see the home minister Rajnath Singh addressing the media post the attacks in Pathankot. But the only face that we see most of the time is that of Modi. From running new trains to digging wells, Modi is at the face of everything. Even last night when the announcement was made about banning the Rs 500 and Rs 1000 currency notes, was there a need for Modi to make the declaration ? I certainly don’t think so. Where was the Finance Minister ? Was he not part of the ‘core group’ that was aware of this declaration ? Or was the Finance Minister already at the ATM exchanging notes ? Whatever be the reason, the absence of cabinet ministers from every important decisions surely raises many questions.

Is Modi single handedly taking care of all portfolios ? Even though he is the Prime Minister, has Narendra Modi actually taken his post ‘extra’ seriously that he has taken the charge of all ministries ? Even though we see Sushmaji allowing a bridesmaid from across the border in India via Twitter, there is not real ‘governance’ seen from the cabinet ministers. Every important announcement is done by the Prime Minister himself. Why ?

Is Modi not allowing any ministers to speak ? By not allowing any cabinet minister to take the lime light, is Modi scared ? Does he feel that if he allows them to speak, there might be inconsistent / false information that will be circulated ? We would want to see our ministers every time there is anything that is happening in their ministry. If I simply ask a question – Who is the Law Minister ? I’m sure not many can answer, because none of us have seen him / her anytime.

Are the ministers not capable enough accordingly to Modi ? Before I write anything, let me make it clear that every minister is capable and has the potential. But the way Modi speaks up for every ministry certainly sends a wrong message. When you have some of the finest ministers on board, why do you need to take the center stage always ? Why couldn’t the environment minister make a statement for the Delhi fog ? I know that the capability is surely not an issue, but something is definitely not right in this.

These instances clearly show that Modi isn’t a good leader but he’s definitely the best orator in my opinion. Ask yourself, who is a good leader ? How I see a leader is that he / she is a person who keeps the team ahead and grows with them. One of the best living examples of leader that I’ve always spoken of is MS Dhoni. He simply credits the players for every win and takes the blame in case of a loss. What we are seeing now isn’t good leadership. All I want is to see the ministers given more freedom (if they are not) to take decisions, put forward their point of view and make statements. I certainly don’t want to see Modi coming up every time be it the budget announcement or finance decisions. Being a prime minister he certainly has a lot of other priority work rather than always coming up to make announcements.

Before I conclude, this post surely calls for a disclaimer that whatever mentioned here are my own views and have no intention of harming any individual or group. All views expressed about Modiji are purely mine and in no way I’m trying to question his abilities. If this post has harmed you or your anyone, it is purely coincidental.

A seasoned blogger and a content marketer for close to a decade now. I write about Food, Technology, Lifestyle, Travel, and Finance related posts. Blogging brings me joy and the best part is I get to read and e-meet so many amazing bloggers! PS: I'm also the founder for Socialmaharaj.com :) Favorite Quote: "Traveling is like reading a book, one who hasn't traveled, hasn't turned a page.
@atulmaharaj
Previous Shukriya Dear Zindagi
Next Pay 15% service tax for online services from Foreign sites